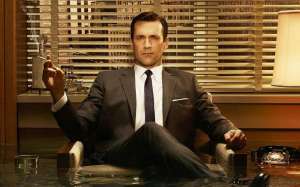 A long but worth reading article.

Advertising, once a creative industry, is now a data-driven business reliant on algorithms.

The whole article is based on the talk below. So I think you better watch this talk entitled “The Death of the Advertising-Industrial Complex” before. Scott Galloway who delivers the talk does not say anything unique. However, it is worthwhile to listen to the talk since he envisioned the future from 2016. The article summarizes the talk saying traditional advertising is dead now the ad business is automated. Clients only have to decide how many people they want to reach, and how much they want to spend; algorithms do the rest.

The article underlines the cruel question of Galloway: “When’s the last time you saw an ad agency executive on the cover of Business Week? No one cares what they think. Don Draper has been killed, drawn and quartered. The big idea in advertising is a small idea nobody cares about.”

In a recent article for the New York Times, the sociologist Zeynep Tufekci recounted how, during the 2016 presidential campaign, she watched videos of Donald Trump’s rallies online, and noticed that YouTube started recommending and “autoplaying” videos of white supremacist rants and Holocaust denials. Curious, she set up another YouTube account and watched a lot of Hillary Clinton and Bernie Sanders rallies. She was soon being directed to conspiracy theories about 9/11 and secret government agencies.

Tufekci found the same pattern on non-political topics: videos about vegetarianism led to videos about veganism; videos about jogging led to videos about ultra-marathons. The stakes were always being upped. YouTube, she concluded, was a “radicalizing instrument”. That isn’t, she says because YouTube’s engineers are zealots. It’s because Google (YouTube’s owner) is selling attention to advertisers, and its algorithms have learned that the best way to keep people hooked is to push ever more extreme material on them.

The article has a lot to say so it’s better to read the whole piece.