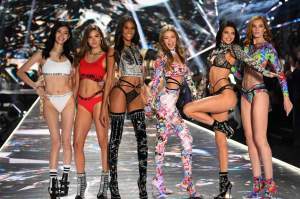 Here’s one of the headlines of last week’s news: “The Victoria’s Secret Fashion Show Is Dead.” Really? Does the world come to an end?

The annual Victoria’s Secret Fashion Show aired on December 2 garnered its lowest ratings ever. It attracted only 3.3m viewers which marks a significant drop from last year when the show boasted 5m viewers.

According to figures published by Nielsen, the show’s ratings have been dropping continuously since 2013.

Of course, there are many factors that could contribute to these failing numbers. For starters, the show switched networks from CBS to ABC and it aired on a Sunday night (in previous years, it aired on a Tuesday). Add to that, in recent weeks Victoria’s Secret’s CMO Ed Razek made controversial statements about discriminatory casting practices for the Victoria’s Secret Fashion Show such as “Shouldn’t you have transsexuals in the show? No. No, I don’t think we should. Well, why not? Because the show is a fantasy”

I regard this as a very important, progressive development. After reading this news, I thought: People are more conscious about the standards of beauty imposed by the media and do not want to be the object anymore. And the idea of ​​presenting women as a commodity is no longer attractive. After #metoo movements and so on, I think it is no longer fun to see standardized women on stage to entertain people.