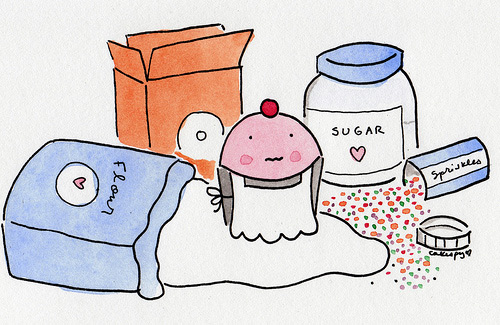 The author realized something: A recipe for salted chocolate-chunk shortbread cookies spread through her social circle. And one of her friends eventually made them and brought them to a dinner party. For months every time she showed up to a party, someone else was pulling a Tupperware container out of a tote bag full of “The Cookies.”

The chef of the cookies is well aware of this interest and she says “It seemed to be a lot of first-time bakers making the cookies like it was a fun, social art project.”

What is the point of baking cookies when there is so much else to be done?

Surveys concluding that people in their 20s and 30s cook less usually measure day-to-day meal preparation, which doesn’t tell the whole story. Young Americans’ long work hours might mean they’re less likely to come home every night in time to roast a chicken instead of ordering takeout, but many of them seem to have turned to weekend baking as a salve for the ambient anxiety of being alive in 2018. There’s a good reason for that: Baking actually can be really relaxing.

According to the American Psychiatric Association’s annual poll, 40 percent of Americans report feeling more anxious in 2018 than they did in 2017.  “People are afraid to spend money, and they’re feeling like shit. Baking is cheap, it’s easy, and it’s visceral.”

Alice Medrich, a baking expert and cookbook author, agrees that baking is a particularly effective activity for those whose professional lives exist mostly in the abstract. “People who are educated sometimes think that working with your hands is a lesser thing,” she argues. “They sort of miss what that can do for you—the calming, and the sense of satisfaction.”

And one last thing: The process of baking itself can be calming. “Baking is mindful. Mindfulness means paying attention to yourself in the moment and not being in the past or the future, but really being there,” says Philip Muskin, a Columbia University psychiatry professor and the secretary of the American Psychiatry Association. Baking does indeed force you to put down your phone, get your hands dirty, and pay close attention to what you’re doing