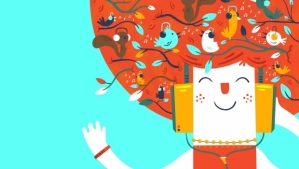 Wow, I thought that the plague of our age was being desperate about the future. I thought that we are all unhappy, stuck and feel suffocated.  But no. I was wrong. Turkish Statistical Institute Life Satisfaction Survey (2018) says the opposite. Turkish people are happy!

Even though 58% of the level of happiness fell to 53.4% ​​this year, we still cannot assume that we are depressed. Only 12% of Turkish people are unhappy. The remaining 34% is neither happy nor unhappy. They’re just OKAY.

Because let’s look at who is happy: 59% of those who do not finish school is happy. This rate is 53% in higher education. Married women are happy, 60%.  Of the 25-34 age group, let’s say the millennials, 53% is happy, but this rate was about 59% last year. I’m sure it’s influenced by social dynamics rather than the economy. 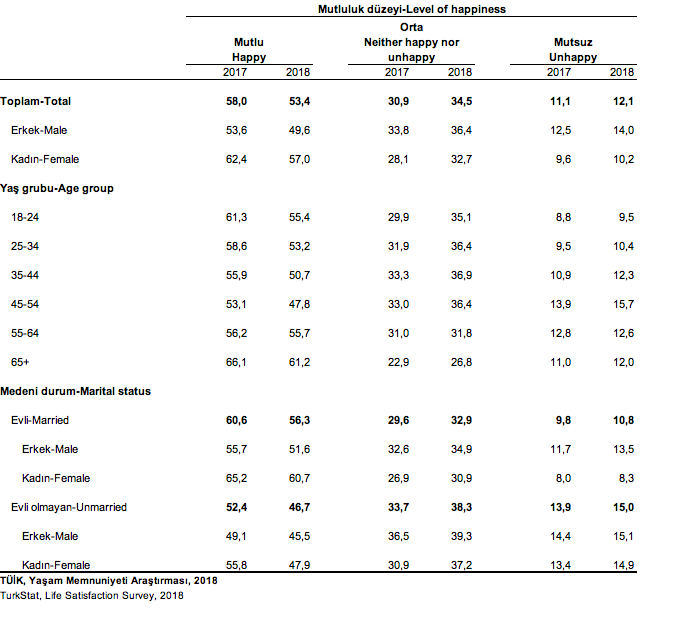 But when it comes to hope: 72% of this country is hopeful. When I read the report of “What Has Changed in 10 Years in Turkey” I was hopeful too. When I thought everything was getting worse, I missed the fact that good things were happening.  For example, in the last 10 years; women’s appearance has changed, (I know this is not a scale for most of us) the rate of women who wear sleeveless blouses has increased.  The rate of the ones who think that plastic surgery is normal has increased, the makeup, swimwear wearing female ratio has also increased. Briefly, women slightly started to have more space. On the other hand, there is an increase in the rate of men who say that “I cook at home” so that there is hope for gender equality. The ratio of who think that “the woman should get permission from her husband to work” has fallen. The ratio of the ones say  “My son-in-law, my bride can come from different religions, sects, ethnic origin” and “my son/daughter may have different sexual tendency” has increased. So there are so many things to be hopeful for.

However, if 27% is hopeless it shows that someone has tried something but couldn’t make it.  If still there are so many women or transgender murders, if still women are defined in terms of their virginity, if we blame men for everything under the name of gender equality, if one does not apologize, if performance at the workplace is linked with personal relationships, if efforts are not appreciated and if you do not encounter any incidents that makes you believe in justice, equality or freedom then it’s impossible to find the reason for being hopeful even in this 10 years’ development.

According to the World Health Organization, depression will be the first in all diseases in 2020, but guess which country will not be affected by this? ;););)